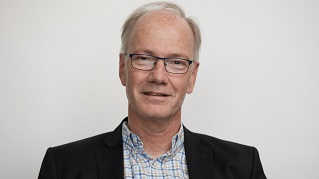 Peter de Jong is a chemical engineer by training and received his PhD degree at the Delft University in 1996. His professional career started already at the Dutch dairy company Melkunie in 1986 (now FrieslandCampina). In 1987 he joined NIZO food research and became experienced in optimization of international dairy/food processing with respect to product quality, costs and sustainability. In 2013 he became program director at the Institute of Sustainable Process Technology, focusing on development of new technology in the Dutch food industry. In 2014 he received a professorship in Dairy Process Technology at VHL University in Leeuwarden. At NIZO food research he is still active as a principal scientist on food processing. Peter has an extensive network in the dairy industry and initiates new research projects to enhance the food production chain every year.

A healthy gut microbiome contributes to a good night sleep

The effects of milk-derived oligosaccharides in formula-fed infants: study by Nestlé and NIZO

The fundamental role of carriers on probiotic stability and performance

View all our cases

Optimising yields and stability of next generation probiotics

New sequencing speeds up identification of microbial contamination in foods

View all our blogs